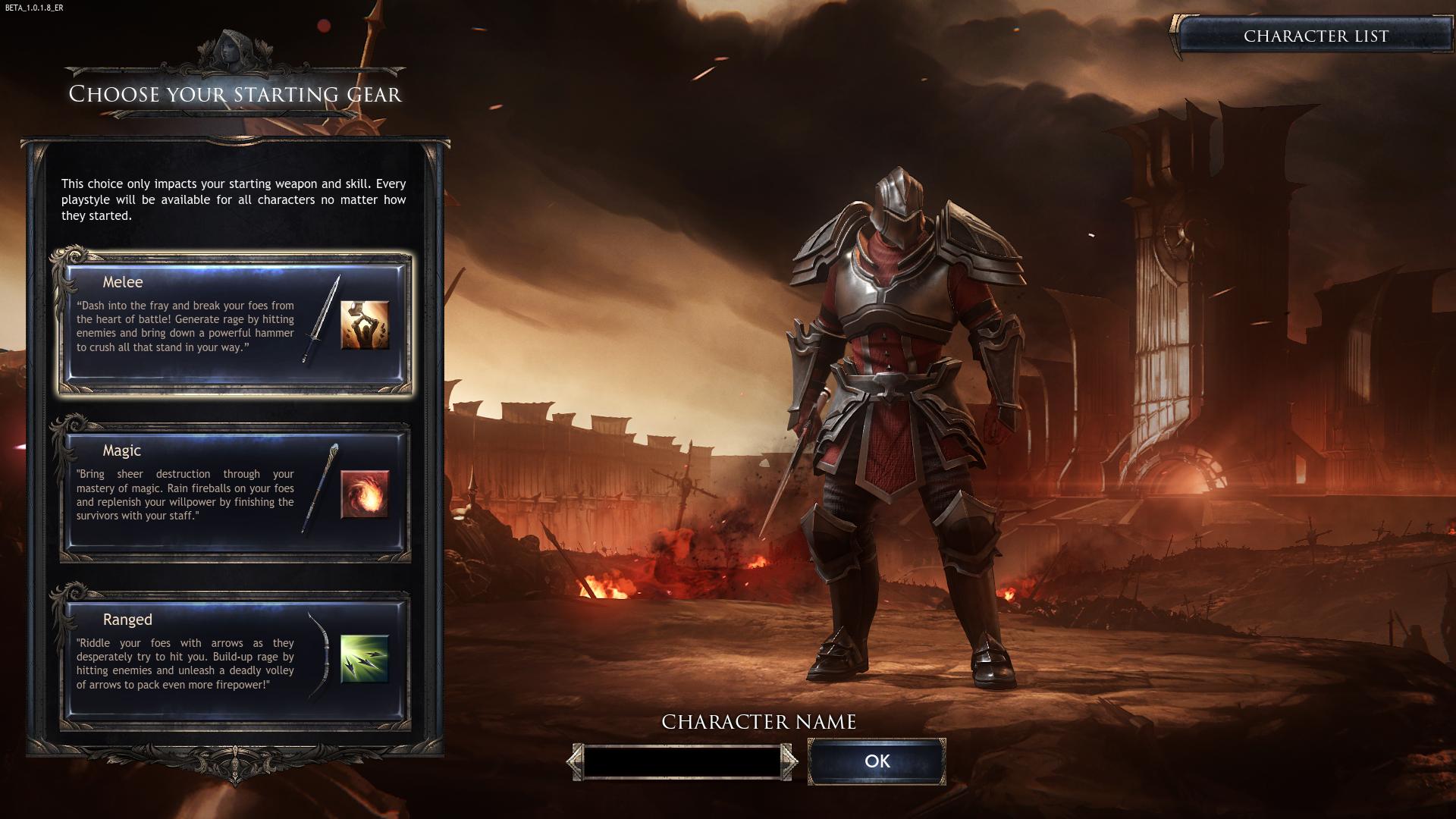 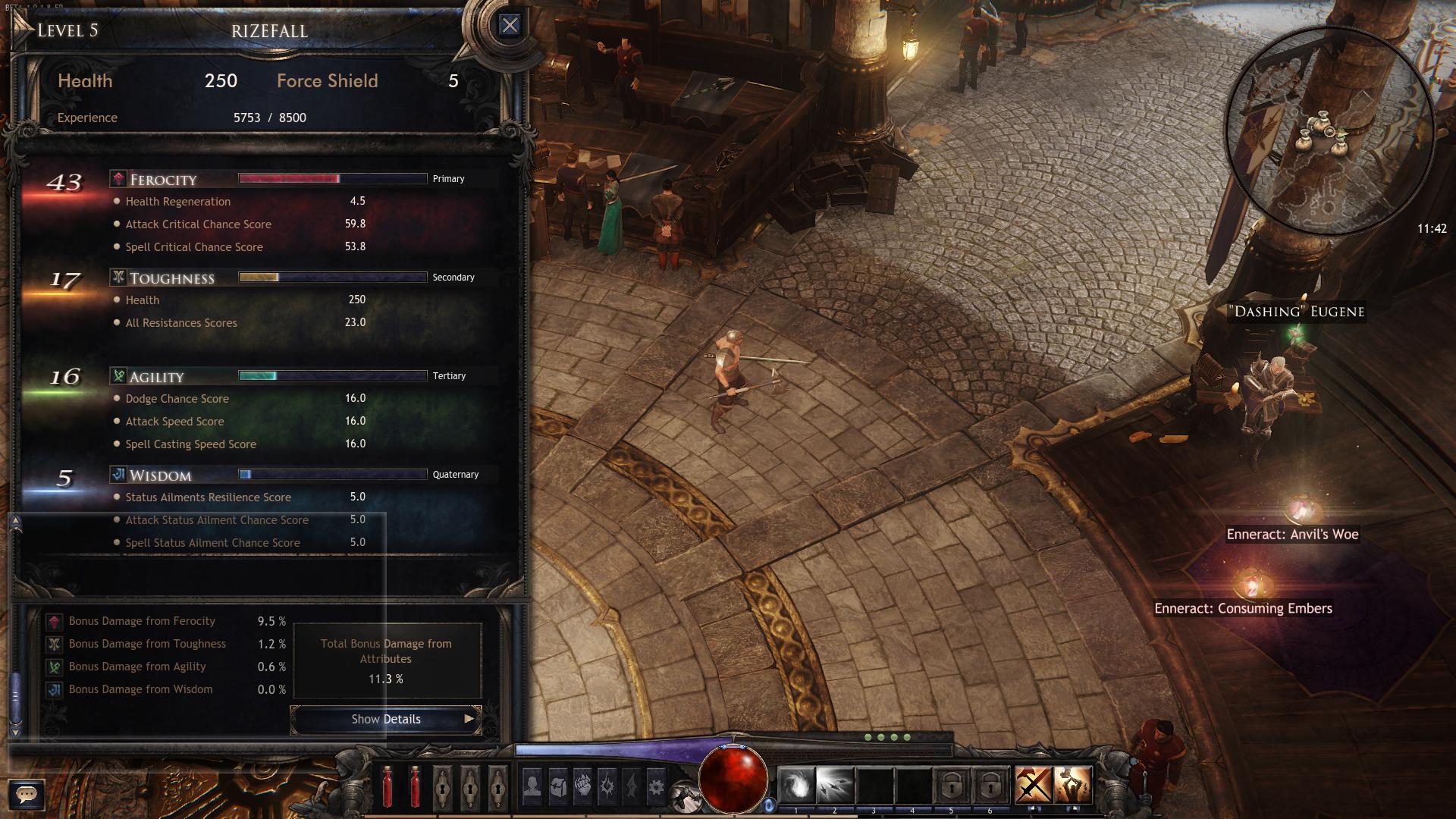 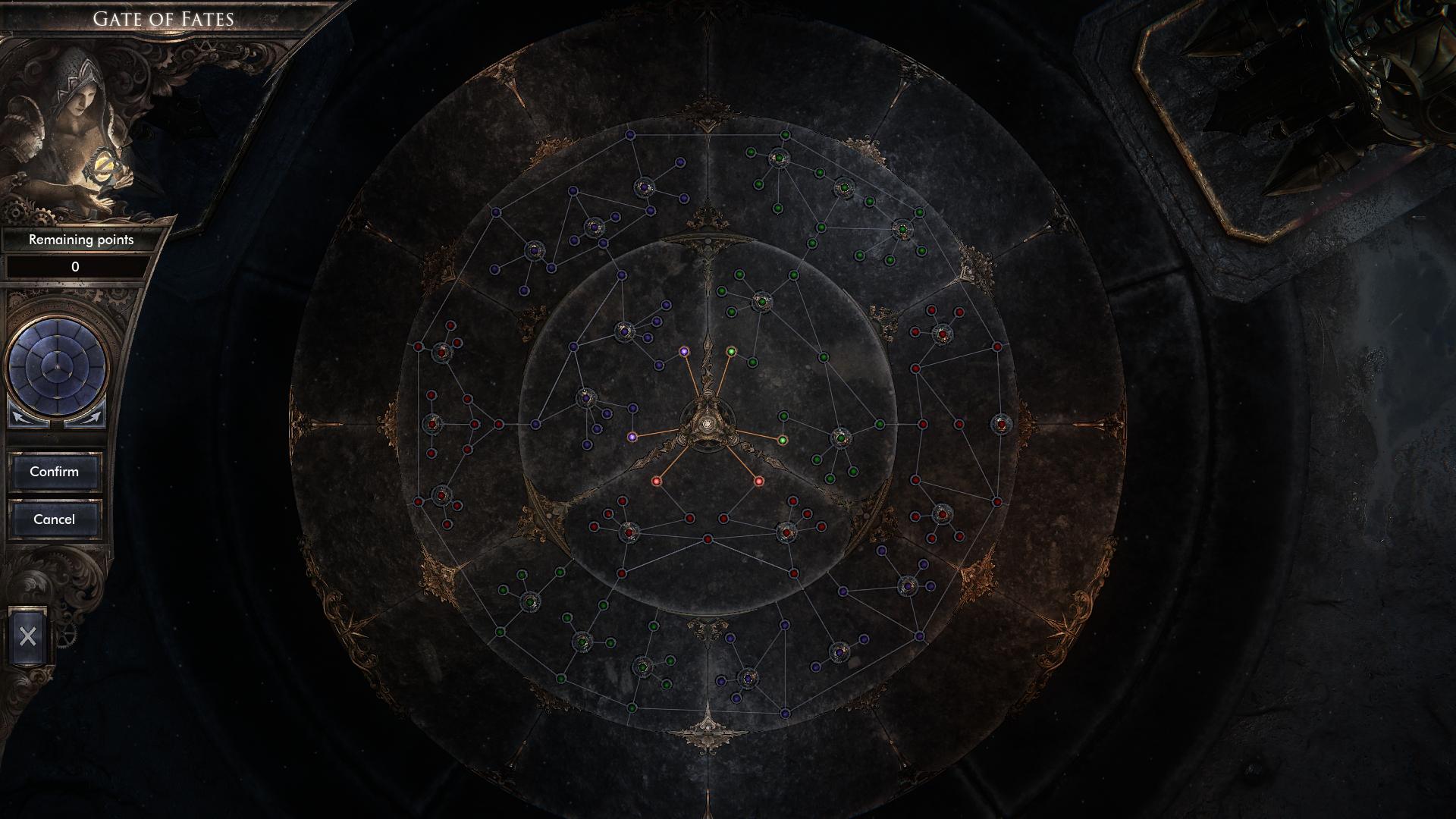 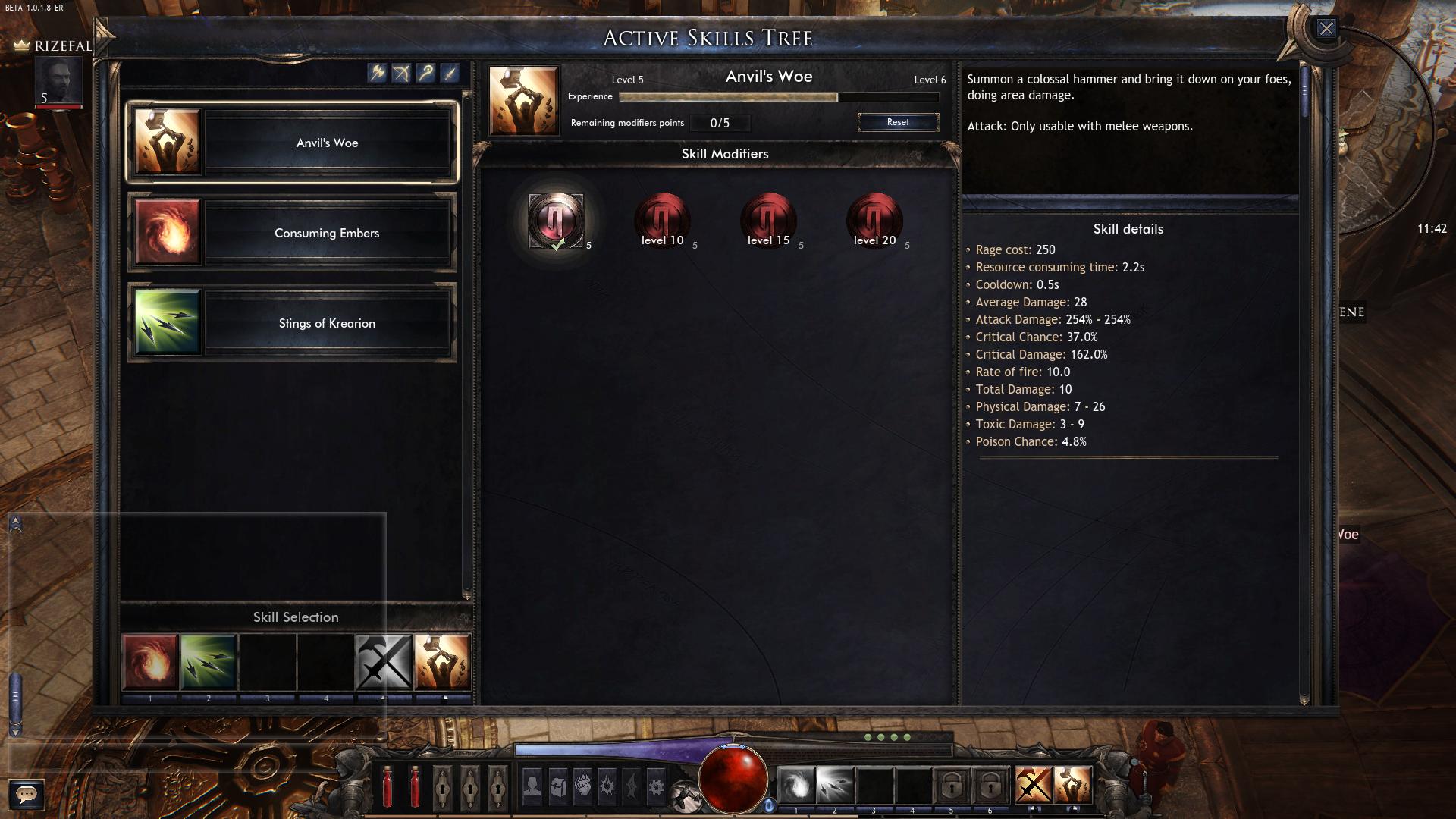 ---------------------
"I want this game to succeed, but so far that is just not happening. (Please understand before assuming I'm just crapping on the game, I have a lot of time invested into it on several accounts to assist with testing things pretty heavily.)

For those that just want a short answer; I cannot recommend this game currently.

I helped Kickstart this game back when it was still named Umbra. The vision of the game back then was such a different scope than what we have gotten to now, and not in a good way. The developers honestly became extremely lazy mid-development and just decided to start copying every other ARPG on the market rather than stick to their own style and promises. There are so many aspects to why this game is failing currently even though they have now rushed a beta together to try and save-face.

1. The developers pretty much completely ignore the community.

From the start, they had a website/forums where the initial place to report bugs and give feedback was. This started out ok for the first few months of development but slowly you could watch the forum become abandoned by the developers and team of the game. Massive bugs, exploits, glaring issues etc. all started going completely ignored. When I confronted the lead developer about this, he told me "we don't really bother with the forums anymore, we use the Steam community instead". Yes, he literally said that. No announcement or anything on the official site, or even just closing it down, they just let people shout into the void with their bug reports and feedback all of which was completely ignored still to this day. (There are massive bugs in this game that to this day still exist that are reported on the original forums.)

Soon after, they started doing the same with the Steam forums, becoming less and less active and less engaged in the community. And again, it turned into a new place to be, Discord. Where they hardly ever talk, and never listen to the feedback.

2. They abandoned their own game in favor of copying other ARPGs.

During the alpha, the game was focused on being a unique experience for an ARPG while still having the traditional aspects you come to expect in one. This was going pretty solid for a while, we got fairly regular updates with some various new features to check out. However, this suddenly changed when massive changes happened in the team where people were fired/laid off to a point where there was only like 2 people left on the team. We got very little information about what was going on and we got a new update that basically broke the entire game for a while.

They shifted focus on their original ideas at this point to basically just stay afloat. The original alpha act 1 was scrapped and was replaced with a very lacking piece of content. Then some new hires were added and more promises began rolling in.

Fast forward to a few months ago, they completely ditched the entire game. They gave up on their own concepts and ideas, and instead completely copied Diablo 3, in almost every possible aspect. They redid everything, but used all of Diablo's ideas instead of being original and having their own game. You logged into this new alpha and were presented with a new title screen copied exactly from Diablo. The entire game mode available at this point was Diablo inspired. Skills, graphics, animations, loot, etc. were all redone to be more like existing ARPGs. The entire skill tree system was disabled in favor of a 'revamp' which turned into a clone of PoE with very minimal unique parts. New mobs were added that were literal copies of Diablo mobs (models look exactly like D3 things (ie the Butcher), the mob skills were clones of things from Diablo, etc.)

There are a lot of massive bugs in this game that have been there since day one. These bugs have been reported multiple times across all mediums (official forums, official bug reporting setup, official Steam community and the official Discord) all of which just got ignored or simply deemed 'unfixable'.

There is a huge bug due to how the world loads because the developers do not understand how to properly handle thread synchronization. This game loads various aspects of the world during a loading screen in different threads. All fine and great for optimization, however they have no locking or syncing mechanisms in place to deal with the order things complete or when the game assumes it's ready. This means there is chance every single time you hit a loading screen that you will fall through the floor.

Here is a quote from one of the developers from a pm I had with on Discord. This was me reiterating the issue of falling through the floors in the game. (This convo was back at the beginning of the year when they released the Diablo 3 clone version of the alpha.)

"There might be, CryEngine have a worker thread system to run some things away from the main thread. But tbh, we'r a small team and we'r making such an ambitious game (ARPG are hard..... so many game mechanics & systems... it's great and horrible at the same time as a programmer ^^) that I don't think we'll have time to take a look into this before release"

I'm not trying to out a developer or have any ill-will towards them, but this is a huge problem that wasn't new. It's been in the game from the start and is still there now. You can also cause this bug to happen in other ways by running against walls and other jagged surfaces that are blocking like walls. Eventually you will start to slowly fall into the floor, causing the camera to go absolutely insane while moving. Soon enough you'll fall through the floor or your position will never correct itself until you restart the game.

There are other massive bugs like this in the game too. Such as loot drops falling through the floor or landing up in unreachable places. Potions not reacting properly on the current 'tick' of the game, causing you to die because it'll trigger the cooldown but not heal you until the next tick and so on. This are massive glaring problems in an ARPG that are not going to fly when a lot more people start playing and finding the same problems.

I really want this game to succeed. We need more ARPGs to exist and help continue to push the genre forward, but right now Wolcen is not that special thing it once was when they first announced it.

Right now, it feels more like a beta test of an unannounced Diablo 3 clone made by fans.

I do not recommend this game for the time being. I highly recommend people save their money until the Wolcen team really gets back into their own grove and starts making their own game.

To the developer I talked with, I'm sure you'll see my name and recognize me based on our in depth chat. I mean no ill-will towards you or the team. I want this game to be amazing. But for me, your current direction is not one I feel is going to make this game popular or successful outside of a small niche of people. Please take a step back and realize copying Diablo is not how to make a successful ARPG." Too real to be a dream, to painful to be a nightmare.